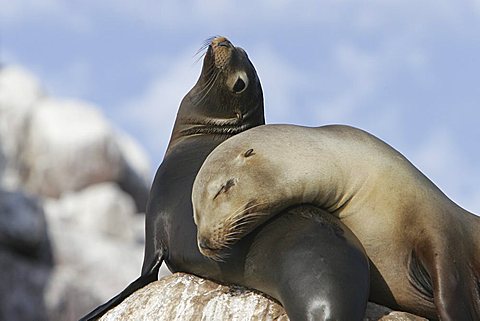 These characterful sea mammals can be found from subarctic to tropical waters. Their long foreflippers, visible ears and the ability to walk on all fours mark them out from their close cousins, seals. Their name is a little misleading as they are actually more closely related to bears than lions. We chose some of our favourite sea lion pictures from the archive. AlaskaanimalsAustraliaCaliforniaMexiconatureSea lionsUSAwildlife
error: All Images and Video is copyrighted and available to license from www.robertharding.com