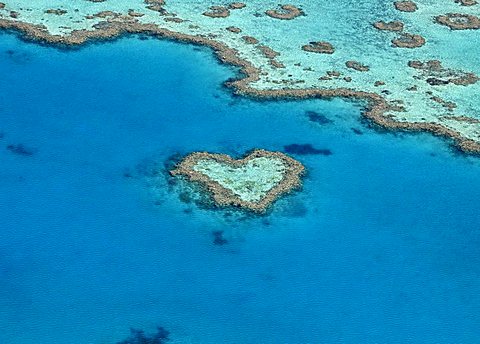 Excuse-us for being cheesy but as Valentine’s Day approaches we’ve put together a gallery of  heart-shaped things found in nature, from puddles to islands to flowers and frigate-birds’ pouches. The heart as a symbol of love originally developed in the 15th century and became more widely popular in the 16th century. Male Frigate bird with red gular pouch that is inflated during the breeding season to attract a mate, Galapagos, Ecuador (Konrad Wothe/Robert Harding)