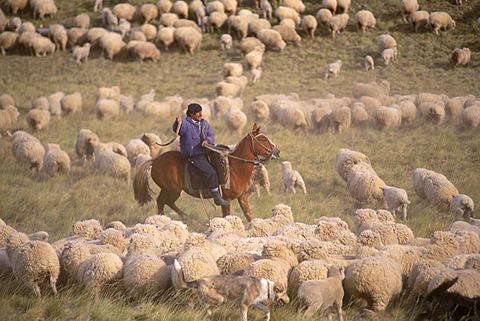 One of Argentina’s biggest attractions for tourists and photographers alike is the traditional cowboy or ‘gaucho’ culture, which remains an iconic part of life here and an important national symbol. Here’s a guide to how to experience – and photograph – the wild, romantic gaucho spirit at its best.

Argentina has a huge range of estancias, or ranches, where visitors can stay and get a first hand insight into the gaucho culture. Choose a working ranch where animals are still herded, allowing you to see their work close up. In a stay of a few days you can really get to know the horsemen and shooting great photos of them should come naturally. Photo tip: Capture portraits against a plain or colourful background with ‘props’ which show something of the gauchos’ work.

If your time is limited you can take a day trip from Buenos Aires to the gaucho town of San Antonio, only a couple of hours away from the capital by bus. The best time to visit is in November when locals celebrate the Día de la Tradition (Day of Tradition), a get-together of gauchos and horse breeders in which they proudly parade through the streets to an ecstatic audience. If you don’t manage to visit for the festival, there is a field on the edge of the pueblo where gauchos demonstrate their horse skills daily.

Photo tip: Getting down to a low angle to photograph the gauchos and their horses shows them in a majestic, heroic way. Just be careful not to be trampled by the horses! For those with even less time, you don’t have to leave Buenos Aires to get a taste of gaucho culture first hand. Just visit the Feria de Mataderos, a cultural fair and market in a suburban neighbourhood, taking place every Sunday. Traditional folkloric music and dance dominate the local plazas, and from around 2pm a local street is transformed into a sortija, a traditional gaucho game in which they ride at full speed as they try to get a metal spear through a tiny ring.

Photo tip: If you want to capture the sortija, you will need to use a fast shutter speed to avoid blur since the horse will be travelling very fast. Pre-focus your camera on the hanging ring and wait for the split second when they run past. Gauchos can be found in all parts of rural Argentina, and even beyond, in Chile, Uruguay and Brazil. Be ready to capture great photos of them wherever you go, against the stunning backdrops of mountains and grasslands.

Photo tip: Use a zoom lens to focus in on the gauchos and to make them stand out against the wild landscapes in the background.