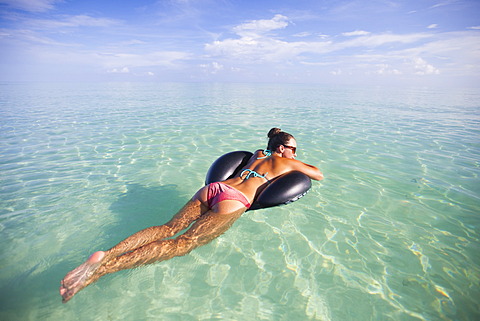 Since President Obama and Cuba’s Raúl Castro began to restore diplomatic relations in December, tourists have started to flock to this unique island. We predict that many more will follow, so if you want to experience the country’s charm before the floodgates open, and immerse yourself in its wonderfully preserved history before McDonalds and Starbucks move in, you’d better hurry.

You don’t need to visit a club or concert to experience Cuba’s rich music scene, although there are many great ones, like Havana’s legendary La Zorra and Casa de la Musica. Drum beats and popular songs emanate from every corner and plaza, with cuban son, salsa and rhumba through to hip hop and Afro-Cuban jazz being the rhythms of choice.

Silhouette of a trombone player on the Malecon, Havana, Cuba

Vintage cars, colonial architecture and remnants of the Cuban revolution provide endless fodder for history lovers. Once you’ve hung out in the gorgeous plazas and churches of Havana, visit the beautifully preserved, brightly coloured town of Trinidad, a UNESCO world heritage site. Another must-see is Che Guevara’s monument in Santa Clara, whose liberation in 1958 marked the end of the Batista regime.

Clear water and white sand make Cuba’s beaches some of the best in the world. The most popular resorts among foreign tourists include Varadero and Cayo Largo, whose gem is Playa Sirena, a heavenly strip of paradise with bars and water activities to keep you happy all day long. However if you want to mix with locals, Playa Jibacoa, an all inclusive resort along the north coast is the place to go.

Resiliant, charismatic and well educated, the Cuban people will make your stay special. Having been cut off from the world for so long, many are extremely curious to know about life in foreign lands, and can answer your own questions about local life with equal gusto. Cuban culture is a melting pot, testament to its European and African heritage, and Afro-Cuban tradition dominates people’s religious beliefs.

Woman in her home entrance and the bell tower of the Convento de San Francisco in Trinidad, Cuba

Although its vibrant towns and paradise beaches take the limelight it’s worth remembering this tropical island’s stunning inland attractions. The beautiful Viñales Valley, with its craggy limestone outcrops, green tobacco fields and rustic campesino huts, is well worth a hike, as is Cuba’s highest mountain, Pico Turquino. This lush terrain also provides a home to an amazing array of birds including tiny hummingbirds, flamingos and woodpeckers.