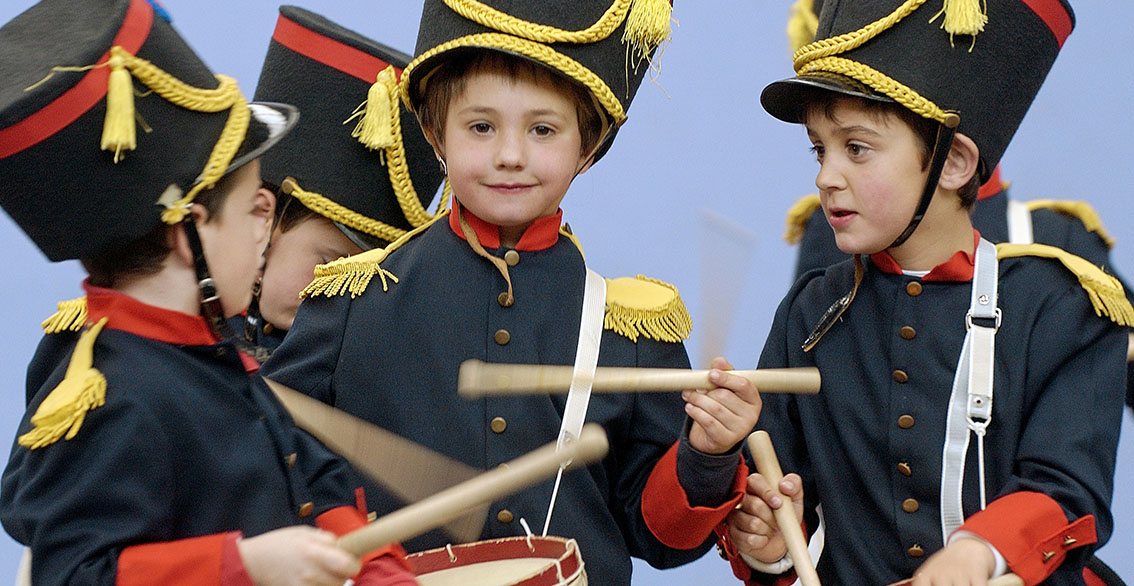 At midnight on the 19th of January every year, the city of San Sebastian comes alive with the sound of drums, which continue to be played by groups of locals dressed as cooks and soldiers, through the town’s streets and plazas, for an ear-blasting 24 hours. This is the Tamborrada Festival in the Basque Country, whose origins go back to the Peninsular War of 1807-14, when townsfolk collecting water began to mock the occupying Napoleonic troops by banging on their water buckets, mimicking the soldiers’ drum processions.