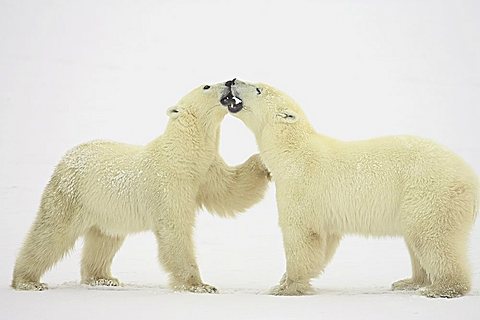 A chat with James Hager

American photographer James Hager has been capturing incredible images of wildlife and natural landscapes since 2003. He is so dedicated that, when in his native western US, he lives and travels in an RV (motorhome) to get closer to his subject matter. The rest of the time he can be found working across the world, in particular, in Canada and Africa. “I was exposed to photography at an early age,” says James, just back from photographing black-footed ferrets in South Dakota, and elks in the Canadian Rockies. “Both my father and paternal grandfather were serious amateur photographers. I started taking pictures in elementary school with a Kodak Brownie that had been my mother’s when she was young.”

On leaving college he worked for aerospace companies for seven years, but was compelled to search for something ‘more fulfilling’ to do with his life. “After traveling around the world for almost two years, during which I visited Africa and Alaska for the first time, I knew that nature photography was what I would do next,” he says. During that first visit to Alaska, he recalls an incredible encounter with a grizzly bear in Katmai National Park and Preserve, which remains one of his most fondly remembered moments. Working with a guide, he found a three-year old female bear eating berries. “After she finished eating, she rolled around in the tundra, then started walking straight towards me,” he says. James captured amazing shots of her face as he watched her come right up to his tripod. Being with the guide, he was not afraid. “I was even tempted to reach out and pet her,” he recalls.

Now, James’ favoured shooting locations include the Rockies, in particular Glacier National Park in Montana and Banff and Jasper National Parks in Alberta. “The mountains and Alpine lakes create a great environment for the wildlife and wildflowers,” he says. “I also like the desert Southwest because the bare land provides some fantastic forms to work with.”

Overseas, he loves Africa, in particular Kenya, Tanzania, and South Africa. “It’s an environment that is unparalleled in other parts of the world,” he explains. “In East Africa you’re practically guaranteed to see a whole pride of lions that you can usually drive right up to, then a herd of zebra, a group of elephants, several herds of Thompson’s gazelle, a troop of baboons, and maybe a cheetah or leopard – all in one day.”

Asked how he might describe his ‘style’, he replies: “I try to convey the sense of wonder and excitement that I feel when I’m surrounded by the beauty of nature, whether that’s a spectacular sunrise at an Alpine lake or a majestic animal in great light. For landscape images, I really concentrate on the structure of the composition, and for wildlife images, I try to capture the essence of the animal.” James considers the way to get great shots is a mix of practice and luck. He believes it essential to be familiar with your equipment and subject so you can capture the shot at the ‘peak action’. “The peak action can be obvious, like a cheetah taking down a gazelle, or less obvious like when the clouds move into perfect position around a mountain,” he explains. “Sometimes it’s just luck – I was in the right place at the right time and I was ready to take the shot. Of course, the more you practice the luckier you become.”

James uses a Canon DSLR system with prime and zoom lenses that range from 17mm to 500mm. “The 24mm tilt shift lens is my main landscape lens because the tilt motion lets me get close to an interesting foreground and keep it and the distant background in focus,” he explains. “The 500mm telephoto is my main wildlife lens because it not only gives me a good reach to photograph skittish subjects, but the narrow field of view helps me control the background.” Asked his advice to those starting out in the field he replies: “If you want to make a living as a nature photographer, it must be your passion. It must be something you are driven to do. If you merely enjoy photography, get a good-paying regular job so you can afford the gear and travel costs. Whether it’s a vocation or an avocation, photograph what inspires and moves you because that will make your work meaningful and appealing to others.”