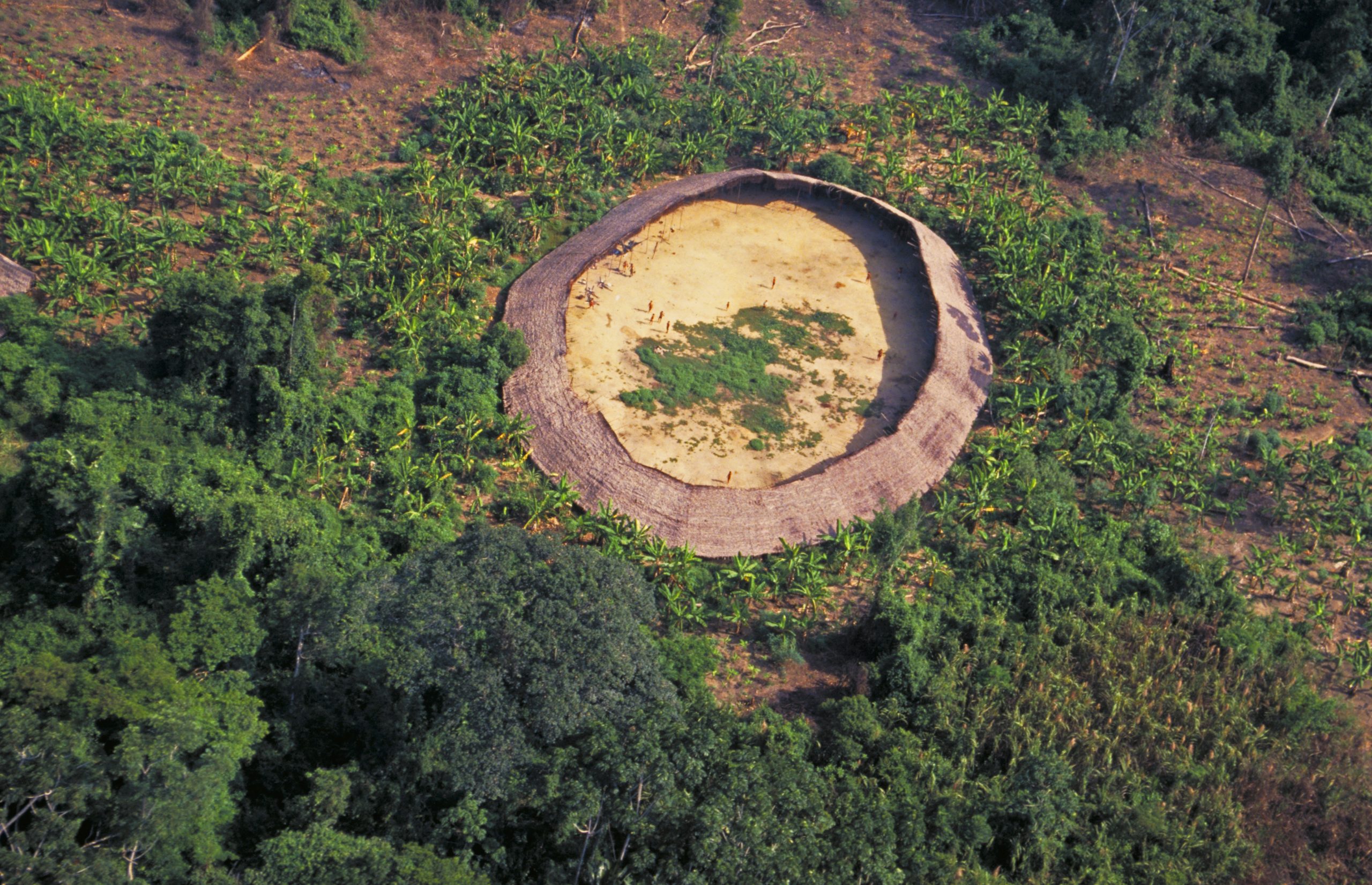 The protection of the Amazon rainforest is important for everyone.  It’s an amazing part of our natural world, and it performs functions that people and wildlife around the world depend on every day.

Extreme Facts
Tropical rainforests are probably the oldest and most complex natural environments outside of the oceans.  The Amazon rainforest itself is believed to be over 55 million years old and borders eight countries: Brazil, Bolivia, Peru, Colombia, Venezuela, Ecuador, Guyana, and Suriname.

There are nearly three million indigenous people in the Amazon rainforest, from over 300 different indigenous groups. Some still live in voluntary isolation from the outside world while others have moved into a small number of large cities.  Many, like rubber tappers and subsistence farmers, still depend directly on the rainforest for an income and as a source of food, medicine, fuel and building materials.

Trees and plants also absorb huge amounts of carbon, helping to prevent dangerous climate change. It’s estimated that the Amazon’s forests store between 90 and 140 billion tonnes of carbon. This rainforest habitat is one of the most biologically diverse places on Earth.

Bigtime Biodiversity
Rainforests like the Amazon can have as much as 30 times more tree species per hectare than British forests. And a new species is discovered on average every three days.

A 2.5km2 area of forest can host up to 50,000 insect species. The Amazon river and its hundreds of tributaries are home to unique animals such as pink river dolphins (which are nearly blind) and caiman, crocodile-like animals that can eat deer.  Over 3,000 different kinds of fish have adapted to different niches in the flooded forests. Some feed on the plankton in the flooded forests, while others have adapted to a diet of fruit and seeds. The carnivorous electric eel can deliver shocks of up to 650 volts.

Disappearing Fast
Every single minute of every day, a piece of rainforest the size of three football pitches is disappearing forever.

About a fifth of the Amazon rainforest has already been lost to deforestation but for the first time in decades, the rate of deforestation has slowed.  This may be as a result of regular satellite images, now available publicly, showing illegal activity that otherwise went unnoticed.  But this remarkable part of the world remains under threat from many resource-hungry industries…

Industrial cattle ranching is responsible for 80% of all forest cleared and most of the cattle is for the beef burger industry.  Sadly an alternative protein and life-stock food, Soya, is another key cause of habitat loss.

The development of roads through untouched areas immediately makes the area accessible to logging and illegal occupation. Hydro-electric dams, gold mines, and oil drilling are often sighted in protected areas.  As a consequence of both legal and illegal industries in the rainforest infrastructure including power lines, canals and ports are constantly expanding.

Like all habitats, the Amazon is itself being affected by climate change. The problem may become more complicated when the level of habitat destruction, combined with climate change, results in a negative feedback loop that starts to accelerate the loss of the rainforest. Many organisations from around the world are working to prevent this.

WWF and SKY are running a campaign to rescue the rainforest: https://rainforestrescue.sky.com/our-campaign

The BBC has just aired a new series, Wild Brazil, which looks at rainforests and is available on iPlayer until 23rd January.
http://www.bbc.co.uk/iplayer/search?q=wild%20brazil

5 thoughts on “Amazon rainforest – respect it or wreck it?”