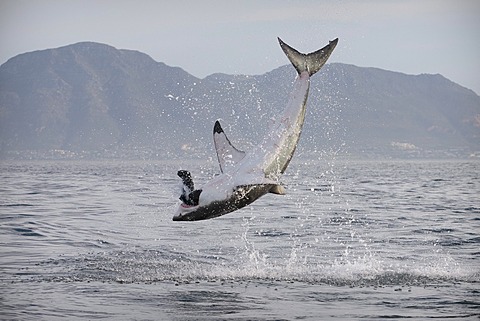 Photographer David Jenkins travelled to Seal Island in False Bay, South Africa, one of the principal breeding sites of the cape fur seal. The presence of so many seals attracts some of the biggest great white sharks ever recorded, who have a unique way of hunting the seals in which they jump, sometimes completely out of the water, to catch them. Great white shark in the waters off Seal Island Common dolphins swim by the Island