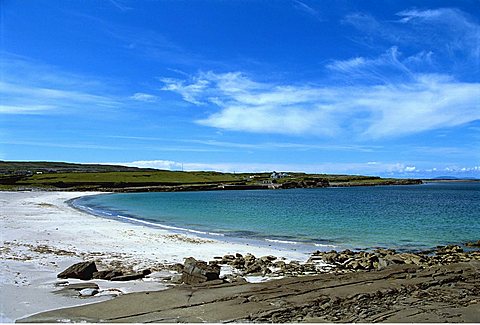 The Aran Islands are three islands located in Galway Bay on the west coast of Ireland, named Inishmore, Inishmaan and Inisheer. The 1200 people that live on the Islands speak Gaelic as their primary language. Man in a pub on the Aran Islands, Galway (Aurora Photos/Robert Harding)