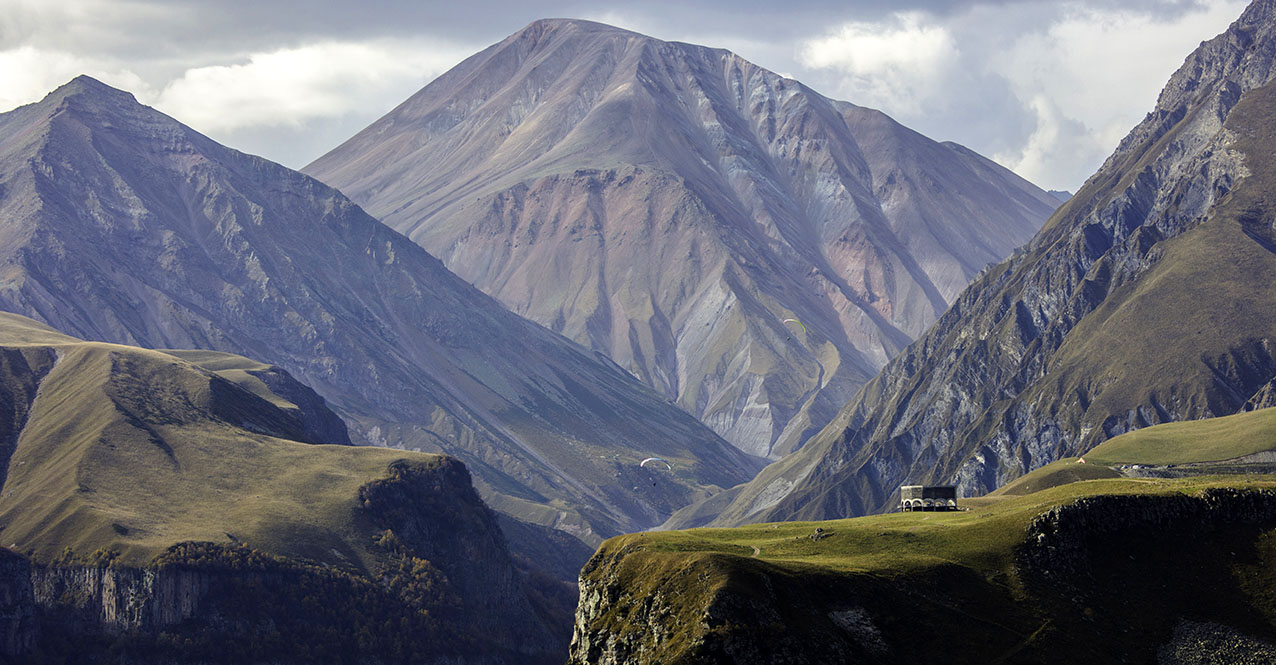 A chat with James Kerwin

New signing to robertharding.com, James Kerwin has loved photography ever since buying his first ’real’ camera in 2010, after which it quickly became an all-consuming passion. The pursuit of great pictures has lead him to places such as Iceland and Georgia, that he otherwise might never have seen. After four years shooting a variety of genres such as weddings and events, James stumbled across architectural photography in late 2013, and has been photographing inside abandoned spaces and buildings ever since, now classing himself as an architecture, adventure & travel photographer.
Where are you from and where do you live?
I am from the United Kingdom and live in Norwich. Until January anyway – after that myself and my girlfriend Jade will be on the road full time, travelling.

How long have you been a professional photographer?
I have been a full-time professional for seven months, however I have earned money from photography for other seven years now.

How did you first get into photography?
I bought my first camera whilst travelling. After ten months based in Melbourne, I was about to travel to the bright lights of Hong Kong. I visited a small camera store and purchased a Panasonic Lumix LX3. Just three weeks later I was standing in the dark on a bridge in Hong Kong, capturing the light trail shots that I had dreamt of just a few days earlier.

After four years shooting a variety of genres such as weddings and events I stumbled across architecture and then ultimately travel photography in late 2013, and I have been shooting inside abandoned spaces and buildings ever since, primarily. In 2014 I began shooting my first abandoned building series ‘Decadence’, and four years on I have now built up a large portfolio taken in some of the most striking locations in Europe and beyond.

In 2016, in addition to shooting this style of work, I made sure that I went on trips to ‘see more’ of the world, and now each trip is much more balanced. We look for the beautiful side as well as the destruction!

Where are you now and what are you shooting (or what is your next big trip)?
I am currently in the UK but leaving in January. We are heading to Thailand first and then Myanmar, but via two weeks in Lebanon.

What are your favourite destinations/subjects to photograph and why?
As you can see on my website, I am drawn in by abandoned architecture in a lot of the places I visit. I love the texture and different styles. The idea of travelling full-time is to shoot much more traditional travel imagery alongside a smaller amount of this style of work.

How would you describe your style?
My primary focus is capturing rich colour palettes and straight lines in the camera, then utilising modern post-processing techniques to develop each completed image. I love colour and always have, but always look to curb getting carried away with those sliders in Lightroom.

Can you recall a favourite experience on your travels?
This year I have travelled to Abkhazia and Georgia, both amazing experiences this was to hunt abandoned buildings and the stories associated with them. One of the best memories for me though has to be missing sunrise by a matter of minutes after getting our 4×4 stuck in the snow near Aldeyjarfoss in Iceland in 2016. We jumped out and thought we had time to hike the rest (with the idea of rescuing the car later). We got moving but the look on my face was not one of pleasure as we saw the stunning sunrise taking place overhead, and we were still short of reaching the waterfall by at least two miles.

Can you recall a particularly challenging experience while taking photos/travelling?
The biggest challenge I think with image making, documenting and then travelling is fitting things in, planning your shoots and still having time to edit and undertake all the administration that now comes with photography. That is certainly a challenge.

What advice would you give for young photographers starting out?

Invest in other photographer’s workshops and buy quality lenses over the latest and greatest cameras, also a tripod is essential but purchase a decent one first time out because this is one area I have made so made bad investments and it makes a huge difference to your photography, it also teaches you to slow down.

What are your future plans?
As mentioned next year I shall be on the road full-time, starting out hitting the ruins and architecture of Lebanon before heading to Thailand, Myanmar and South East Asia in late January to really kick off our travel photography & videography business.

architectureGeorgiaGermanyIcelandJames KerwinParistravel photography
error: All Images and Video is copyrighted and available to license from www.robertharding.com