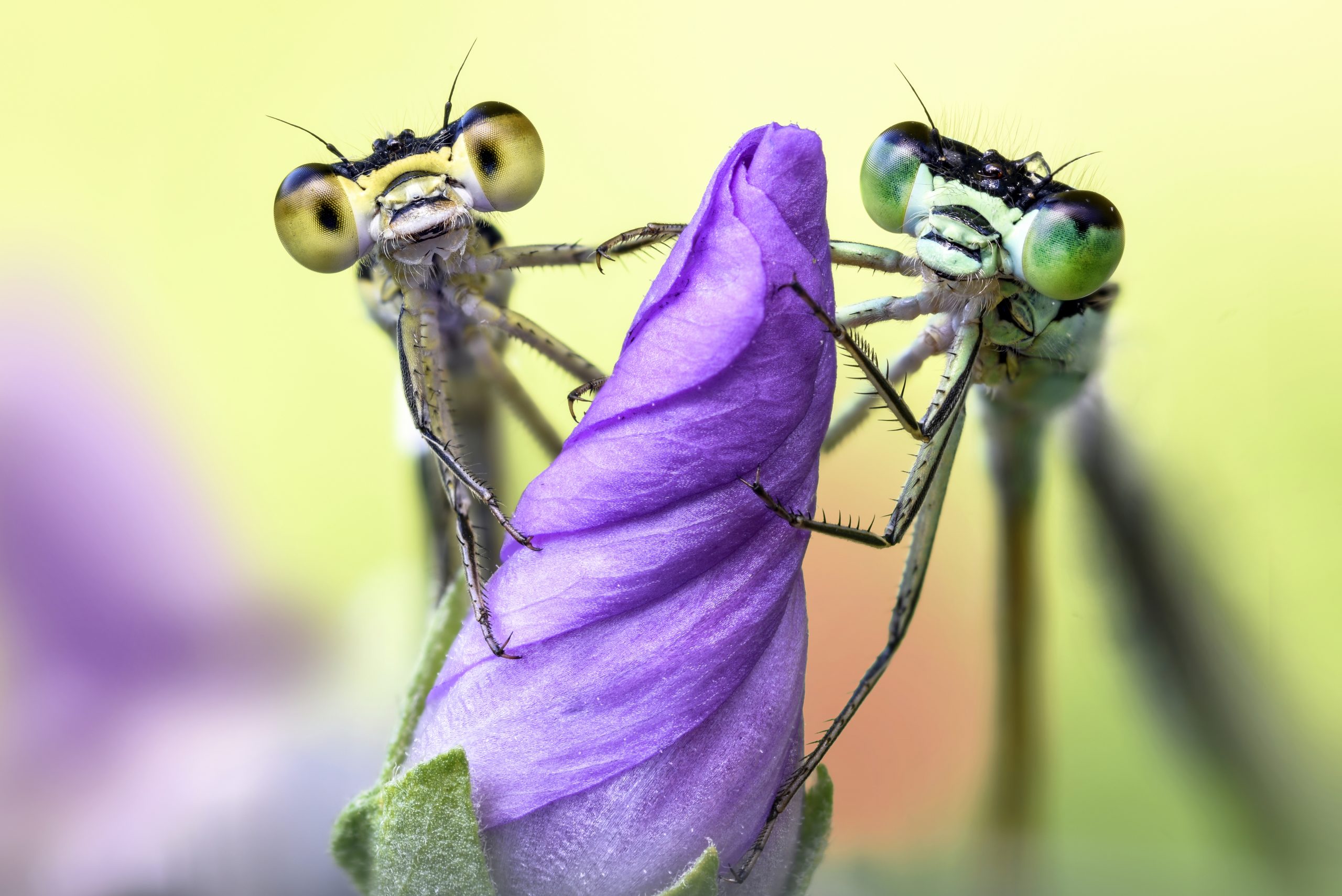 The most successful animal group on the planet

With 200 million insects for each human, insects, or insecta are almost everywhere you look. To date, scientists have cataloged about 1.5 million species of organisms on the planet, with insects making up about two-thirds of this bounty. Studies and exploration have only just scratched the discovery surface, it is estimated the total number of species on Earth is probably closer to 9 million. Our photographers have captured these survivors in their natural habitats, with up-close and detailed imagery. You can really appreciate the beauty and intimacy in each picture, and the patience it has taken to photograph them.

Photographing insects during the day is the worst time to choose, that’s when insects are most active and therefore this makes them very difficult to approach. Most insects depend on the surrounding temperature to regulate their own body temperature. They need hot temperatures to be active. You want to photograph an insect – when its resting. This way you capture the best perspectives and angles. Once they have settled down on a chosen plant, they will stay there for the whole night. Dragonflies are active when the sun is shining, they like to nestle near bodies if water and wetlands. One photographer has photographed a demoiselle, taken in Germany and another, two Clearwing butterflies mating, in Madagascar.

On every continent . . . but just barely

Although insects can be found just about anywhere on Earth, there is one continent where they barely have a foothold – Antarctica. In fact, there are only one species of wingless midge that calls the southernmost continent home. Bringing us to wingless bodies, below are a collection of sturdy bugs that prefer to keep at least one foot firmly grounded. The strongest insect is actually the Onthophagus Taurus, known variously as a horned dung beetle, bull-headed dung beetle, and Taurus scarab. The beetle can pull 1,141 times its own body weight.

In addition to the two large compound eyes on either side of their heads, a number of insects have so-called simple eyes, or ocelli, in between, smack dab on their “foreheads. It’s not until you capture these insects under a macro lens, that you can really appreciate the intricacy and exquisite make-up of these fascinating beings. The compound eyes of insects consist of thousands of tiny eyes called facets. Their eyes allow them to spot and react very quickly to fast movements. The more working distance you have, the lower the chances of scaring of the subject, with a 180mm macro prime lens, you will have about 18 inches of working distance. That’s a huge difference and is often very useful when taking pictures of insects. Our photographers are experts in this field, and the images speak for themselves.

Insects are among the most diverse groups of animals on the planet, there are more than 5 million species and this represents more than half of all known living organisms. The life cycles of insects vary from one day to a few years.

Although most are mostly solitary, some, such as certain bees, ants, and termites, are social and live in large, well-organized colonies. insect pollinators are essential to the life-cycle of many flowering plants on which most organisms, including humans, are at least partly dependent. Delve into our gallery, explore our striking images and exlore our liceneing options so these photographs can be part of your next project.

VIEW THE UP GALLERY
error: All Images and Video is copyrighted and available to license from www.robertharding.com