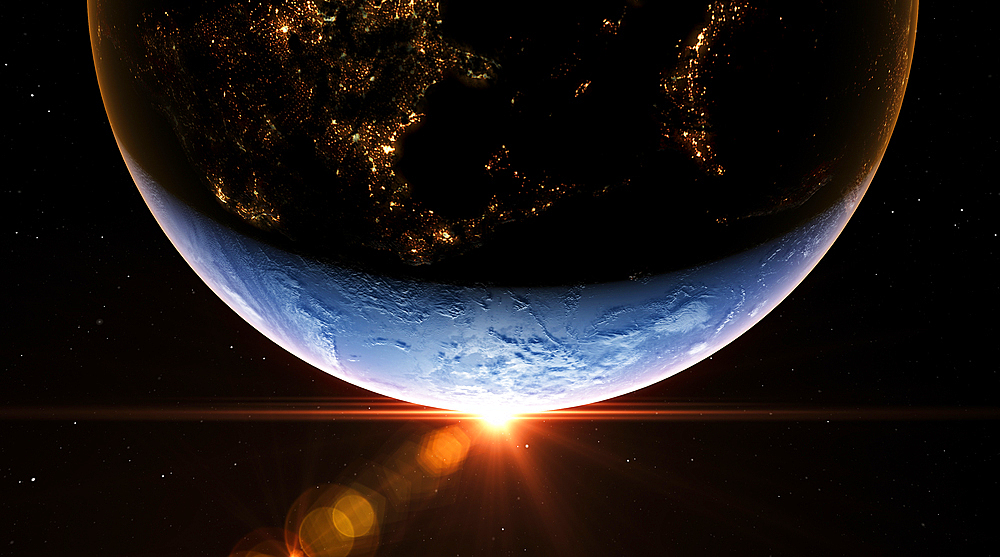 The excitement over space travel is overblown, says the (terrestrial) explorer Robin Hanbury-Tenison. Instead of reaching for the stars, we should be marvelling at and caring for what we already have on our own planet.

The tale of the emperor’s new clothes, as everyone over the age of 40 knows, is an allegory of Man believing the impossible. In Hans Christian Andersen’s story, two swindlers persuade the king to have a wonderful suit made, which can only be seen by people of virtue. Everyone goes along with this illusion as the king parades through the streets of his city, until a child cries out that he is naked and, suddenly, everyone realises they can admit the truth. I believe we are witnessing something similar with the likes of Elon Musk’s obsession with space travel. It is time the scales fell from our eyes.

Of course, it was exciting when man first stepped on the moon and, of course, satellites have changed the world, mostly for the better, but why would anyone want to spend unimaginable resources to go into outer space? It’s a terrible place, sterile and lifeless; living there would involve spending one’s life in considerable discomfort at an unimaginable expense. How can people even consider doing that?

They call it exploration, but there is almost nothing to explore, only the chance to find some evidence of how the solar system began and the remote possibility of discovering a microbe or two that, in a few billion years, might develop into something interesting, such as already exists on earth. Perhaps they want to do it because they have given up on this planet and believe that the survival of the human race deserves every conceivable effort, but I can’t agree

Let’s look at the cost for a start. Artemis alone, the latest and largest-ever rocket, the launch of which has been delayed, is costed at $93 billion and that is only a small part of NASA’s huge budget of $650 billion to date. Its development has been riddled with inefficiencies, but it is politically quite popular in the US because, in theory, every state benefits financially by contributing to the programme. With Russia and China the leading competitors in the space race, it is hard to imagine how much is being spent on this largely useless activity and one can only guess how many really important environmental, health and welfare programmes suffer as a result.

Pause for a moment and contrast space with our own extraordinary planet. Somehow, by some quite possibly unique miracle, one of the infinitely innumerable specks hurtling through space found itself able to support life. The result, after billions of years of evolution, has been the creation of a Garden of Eden of richness and diversity that defies all statistics. At a time when we are over-exploiting and polluting it to potential destruction, we are also suddenly able to see how infinitely wonderful it is. For, at the same time as we developed the telescopes that allow us to gaze into the farthest reaches of space and dream about what might be out there (pretty well nothing worth worrying about, really), so we have created clever ways of looking into the even greater infinity of life around and within us.

We have a problem grasping the concept of infinity and the statistics do tend to blow the mind, but consider this. There are between 100 and 400 billion stars in the Milky Way, our galaxy, and none of them, as far as we know, have any life forms on or near them. A healthy human body is a home to some 100 trillion bacteria, which means that your body and mine have 1,000 times more creatures on them than there are stars in our galaxy.

Or think of this: there are estimated to be five million trillion trillion bacteria living on earth. Compare that with the current estimate of a mere 200 billion trillion stars in the whole universe. It makes you think.

Our minuscule (in the great scheme of life) planet contains more ‘things’ than the whole of the rest of the known universe. Suggesting that our ‘infinity’ on earth is larger than the infinity of space is not as far-fetched as it first sounds. I think that gives us a huge responsibility to cherish it, rather than boldly go in search of other worlds that almost certainly don’t exist anyway. Let us only do the former and stop reaching for the stars, however romantic it sounds.

One of the few true explorers remaining today, Robin Hanbury-Tenison, OBE, has devoted much of his life to traveling the world’s rainforests and deserts while campaigning to protect these natural areas and their people. Robin, the author of more than 25 books, is also a celebrated photographer.

Have you ever found a picture that takes your breath away? It visually captivates that nostalgic, engaging, and exciting feeling that brings to life an adventure you can’t wait to explore. This is what founded the global leading travel & nature photography agency – robertharding.com

Founded by professional photographer Robert Harding in 1972, his passion for travel & use of nature & culture as his canvas, lead to the representation of hundreds of independent artists creating a collection of exceptional footage & stock photography. The very finest in visual storytelling.

Is licensing photography a part of your working day? let us lighten the load with custom rates, free research, photo shout-outs to our network of photographers for those tricky to find images and much more.

Check Us Out
Conservationenvitonmentphotographyspacetravel photography
error: All Images and Video is copyrighted and available to license from www.robertharding.com